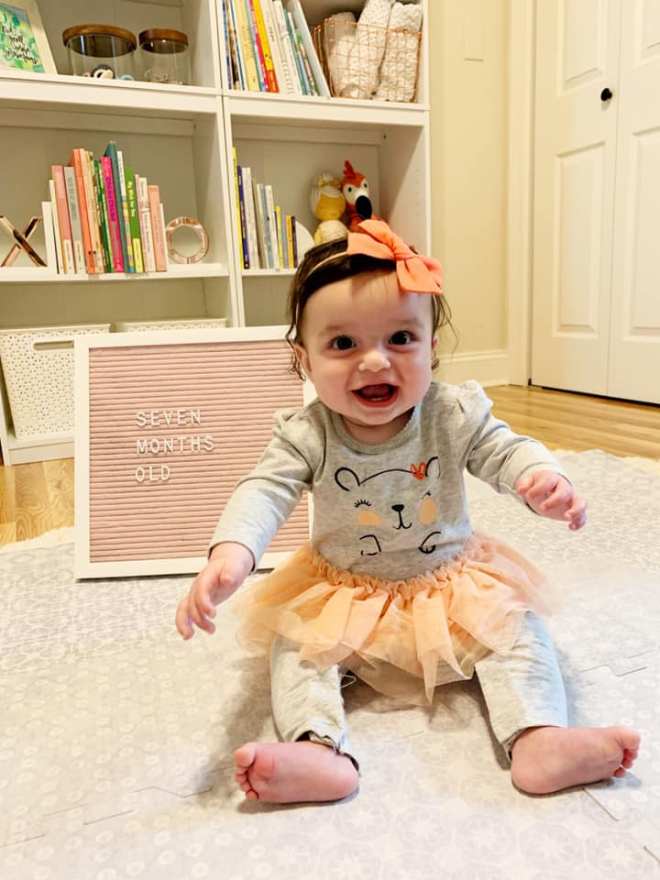 I made a tiny person: Month 7

Over the past seven months, Ro has been, well, there’s no nice way to say this: a drunk asshole.

I’ve compiled a helpful list to paint a descriptive picture of what we have to live with these days. She has much enjoyed:

• banging things against her head

• shitting her pants and having to go home early

• passing out in public places

• pointing angrily at an object that she desires someone else get for her, often accompanied by lots of whining and caveman noises

• screaming and crying until someone puts on “her song.” Currently, it’s “Dreams” by Fleetwood Mac.

• demanding to crawl into bed with you in the middle of the night to “cuddle,” only to pass out a second later. Drool puddle ensues.

Little drunko also has two teeth, sits up unassisted, sticks out her tongue like a creepy-ass Slytherian (or that “I’m a snaaaaaaaaaake” guy from like 2002), has started to try to crawl, and feeds herself. Progress y’all, progress.