Racing towards a cure for breast cancer

GateHouse Media New England (GHMNE) has a long history of supporting breast cancer awareness. Through their in-depth coverage of medical advances and human interest pieces helping survivors share their stories, to raising and contributing funds directly to the organizations working towards a cure, GateHouse has continued to make a positive impact year after year.

As part of their third-annual “Paint the town Pink” program, during the week of Oct. 3 2011, GHMNE printed more than 100 of its newspapers on pink newsprint and turned the websites in its WickedLocal.com network pink. It’s a unique and eye-catching opportunity for the company to bring awareness to the cause during Breast Cancer Awareness Month.

Last year, the company made a bold move in an attempt to kick off the campaign in a creative way: filming a fun promotional  video featuring community members and employees from throughout eastern Massachusetts.

And when the company asked me to be one of the creative leaders and coordinators for the video, I was beyond thrilled! I worked closely with a colleague in the advertising department – who was also chosen to be a leader for our unit – to develop ideas for the content, finding unique ways that our unit could “paint the town pink.” We had an absolute blast brainstorming, coordinating and filming, and it was truly an amazing experience that I am incredibly grateful to have been a part of.

Of course, none of us are skilled actors, so the resulting video is actually pretty comical. But we had a great time, and in the end, it was all about raising awareness. 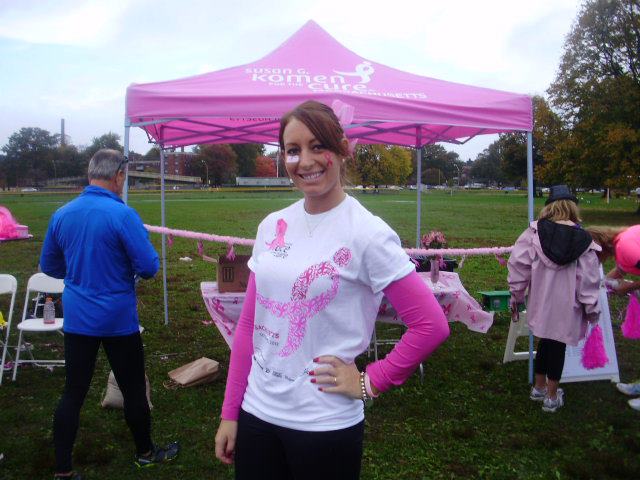 We’re proud to have been a part of the efforts once again this year, with our team returning to the race. While our fundraising didn’t net nearly as high of a donation, we’re still incredibly thankful for everyone’s participation and support! The real mission is raising awareness, and encouraging women to be vigilant in getting themselves checked early on, and I’m hopeful that our efforts made a real impact. 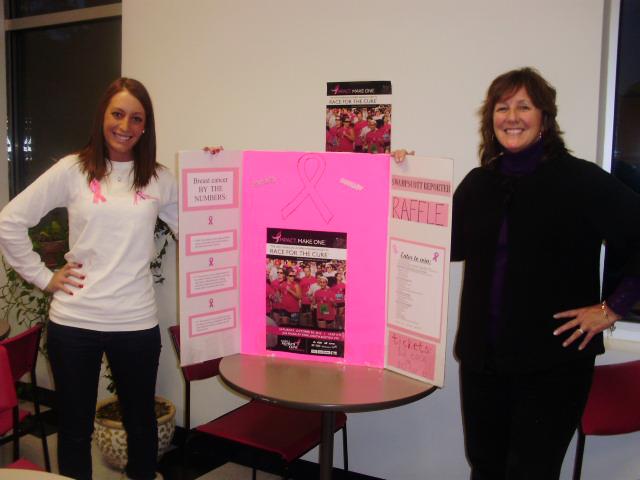 Talking to women in our communities gave me the chance to take a break from work-related matters, and focus on having meaningful conversations with the people that call the North Shore home. And I’m grateful for the chance to get out of the newsroom and engage with the public, whenever possible.

All in all, it’s always a fun experience taking part in GHMNE’s “Paint the town Pink” efforts, and I’m already looking forward to next year! 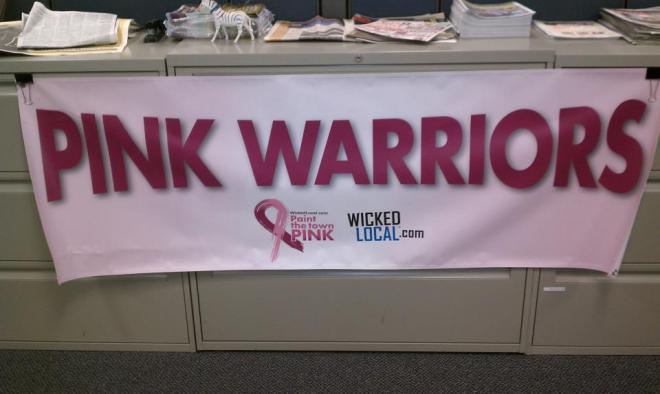